DROPPING IN TO OUR HQ? TO AVOID DISAPPOINTMENT, PLEASE MAKE AN APPOINTMENT VIA OUR CONTACT US PAGE. COVID-19 PRACTICES IN PLACE.

Mal first came into the picture when we (Airbag Man) were exhibiting at a trade show in Brisbane in early 2015 where Mal casually walked up to our stand & started having a good old chat to brothers Jacob & Ben about air suspension for his Fiat Ducato Motorhome. Jacob & Ben, being young lads that they are didnt realise who Mal actually was. Rod, one of their colleagues who was on the stand with Jacob & Ben that day said “Do you know who that was?” Jacob replied “I have no bloody idea”. Rod “That’s Mal Leyland from the Leyland Brothers” then Rod gave them the run down on the Leylands history ;)

This is where it all began…

‘You may remember the Leyland brothers from the popular Australian TV series ‘Ask the Leylands’, or if you don’t I’m sure you’ve heard about the two brothers that travelled across Australia and beyond to New Zealand, in response to questions posed by viewers of the TV series?!

The TV series followed the Leyland brothers travels, and documented them across 153 TV episodes between 1976 and 1980. Initially, the brothers travelled in an orange VW Kombi, later upgraded to a pair of 4WD vehicles.

This time, Mal & Laraine Leyland have recently travelled around parts of Australia in their Horizon Motorhome Banksia, with a Fiat Ducato wheel base which has been fully services and accessorised to make the vehicle safe, and suitable for them by Clayton & the team at Horizon.

After having a good chat with Jacob & Ben at the show in 2015 about how the rear of Mals vehicle was sagging & scraping whilst driving in & out of his drive way due to the weight he was carrying, Jacob & Ben said, "pop by our shop in Brendale, QLD & we will set you up with some rear leaf helper air suspension & controls which will give you ease of inflation & deflation on board your vehicle & most certainly will sort out your saggy rear end & stop you from scraping your driveway all the time" Mal said, "lets do it!"

Photo: Mal showing us where he was scraping whilst going in & out of his driveway. Photos: Mal & Laraine arriving at Airbag Man, checking out what we get up to, the facility & getting some air suspension installed onto his Fiat Ducato Motorhome. 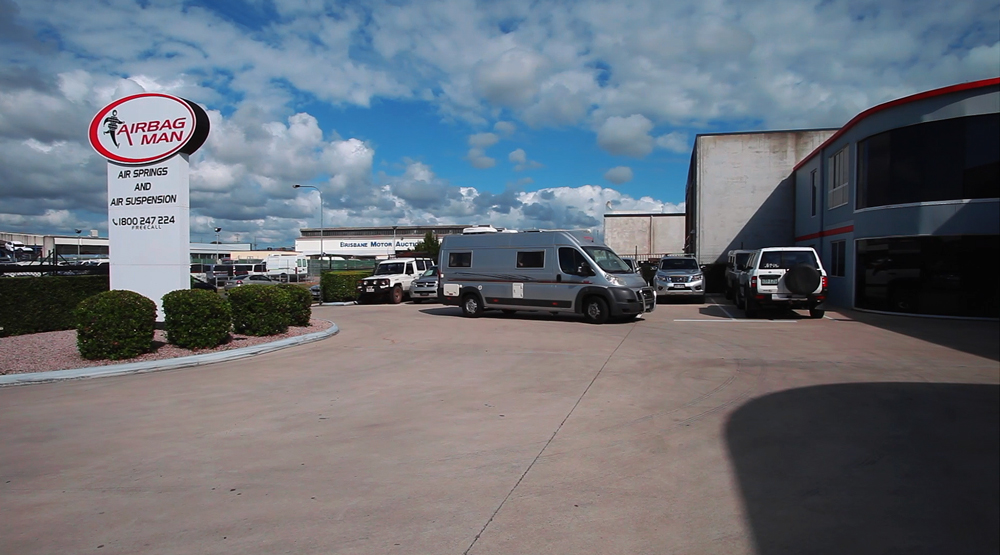 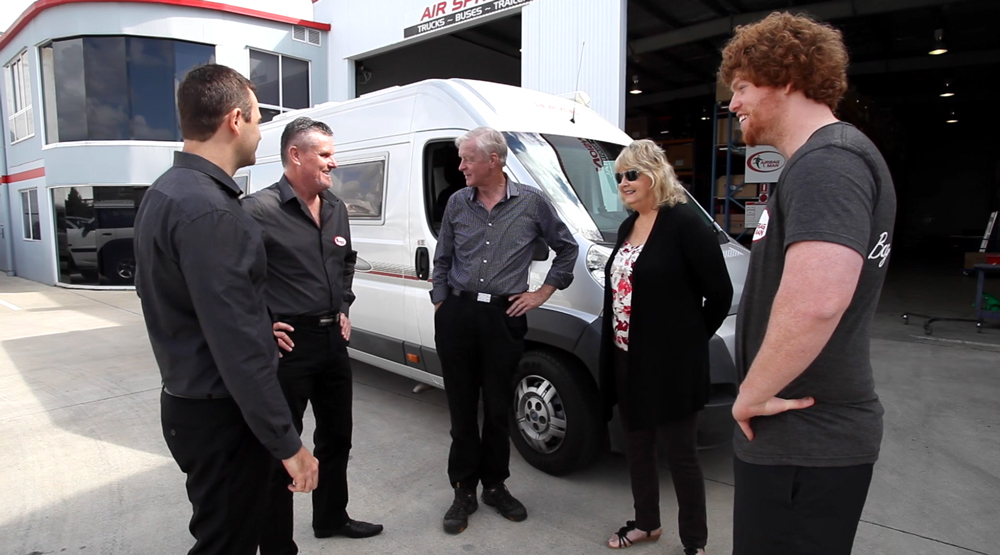 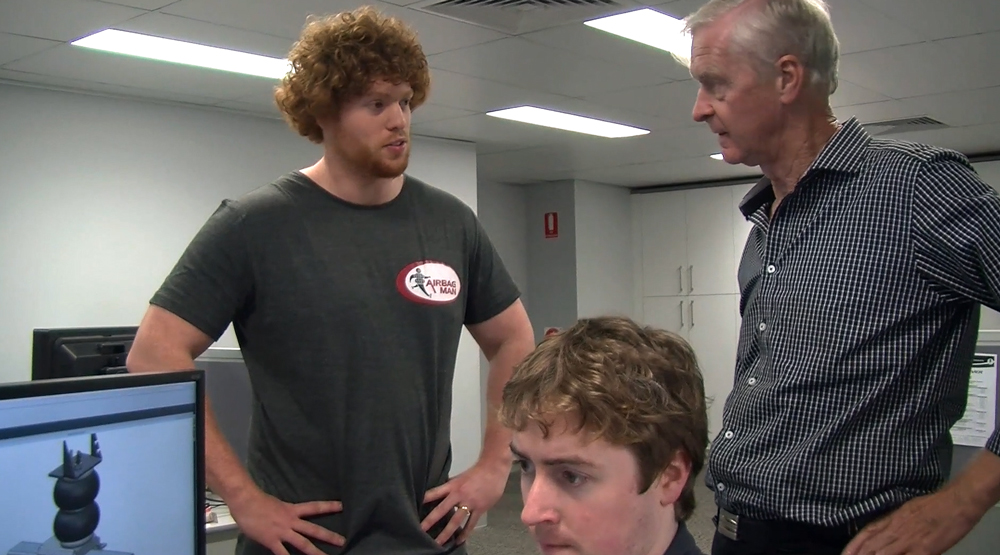 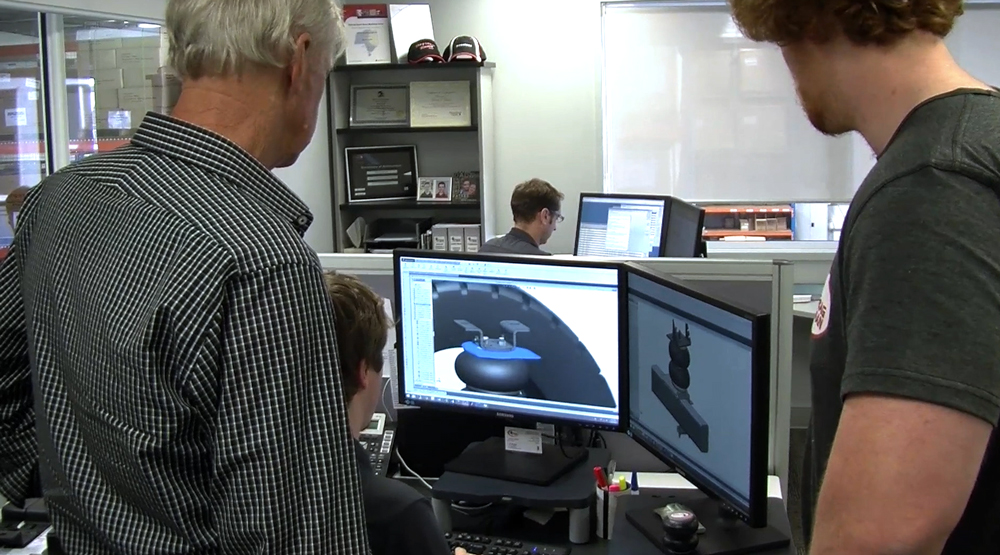 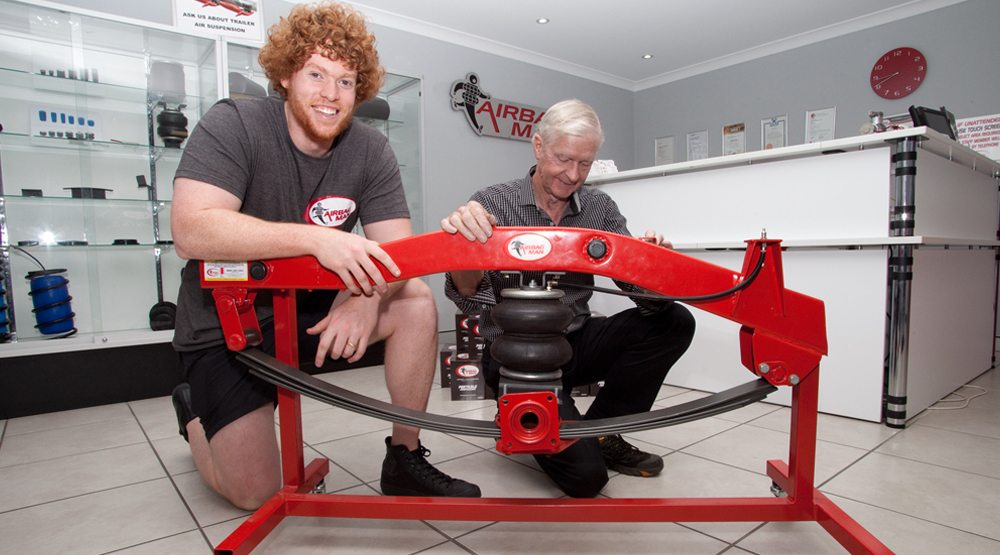 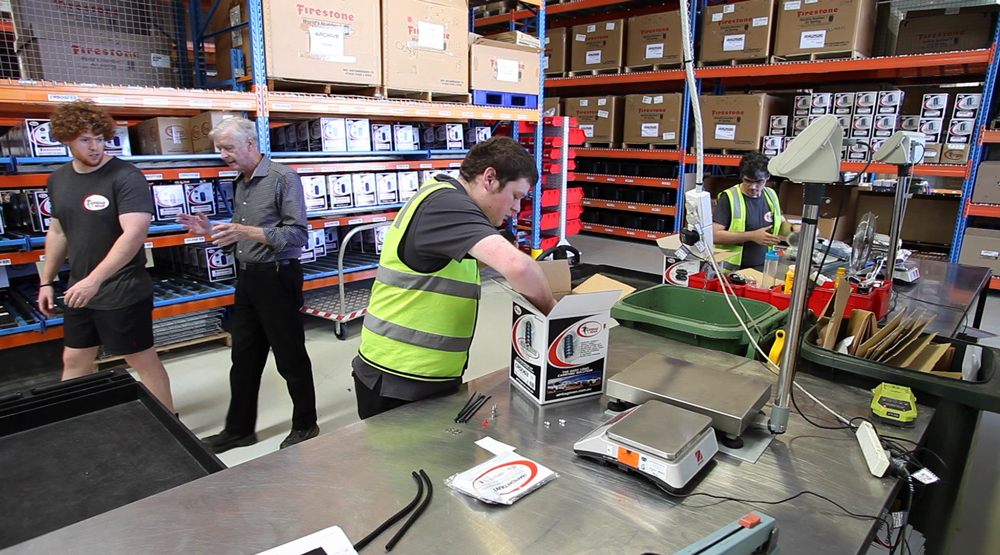 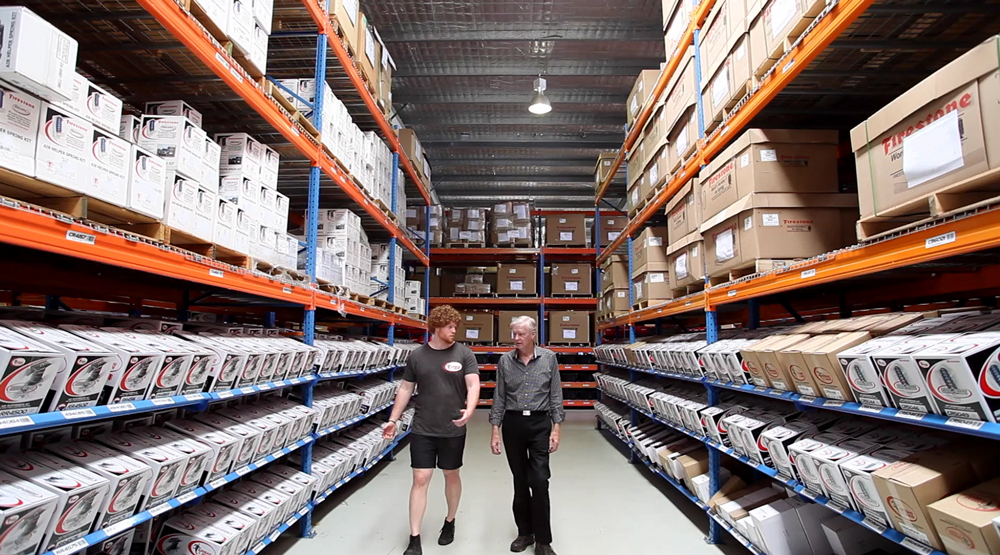 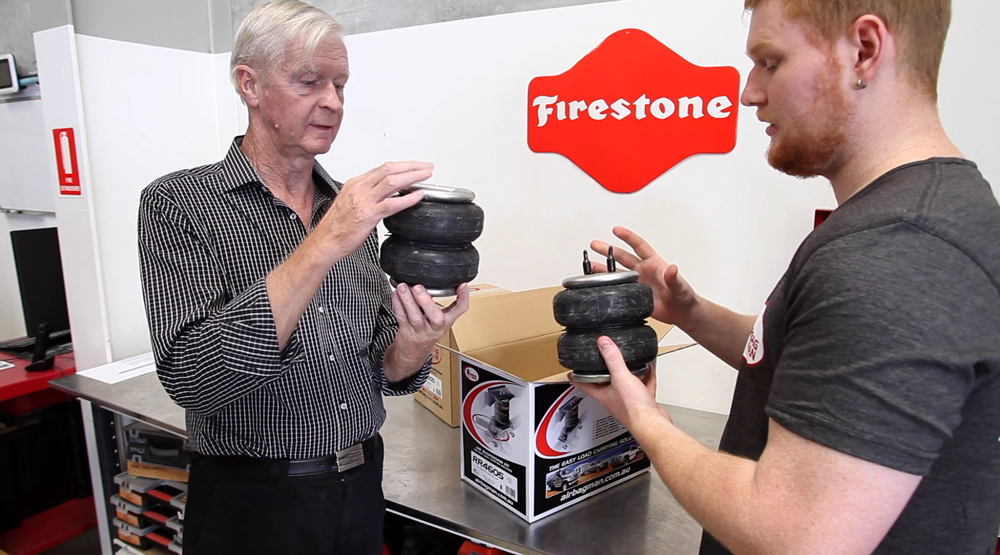 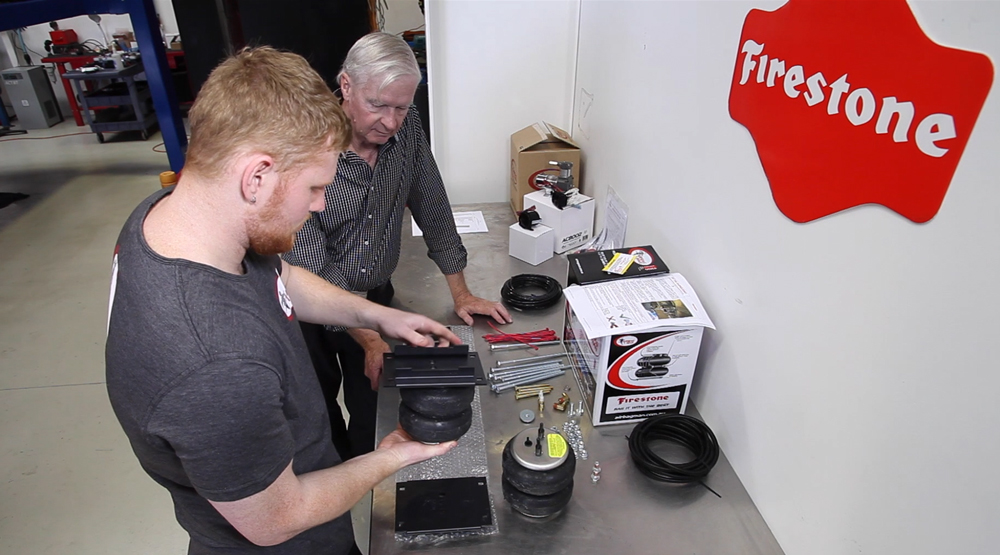 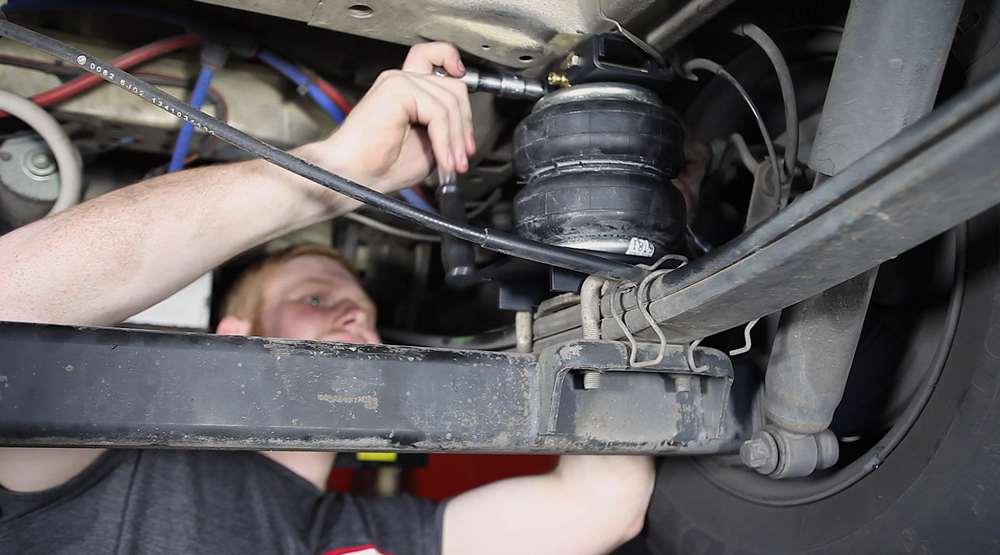 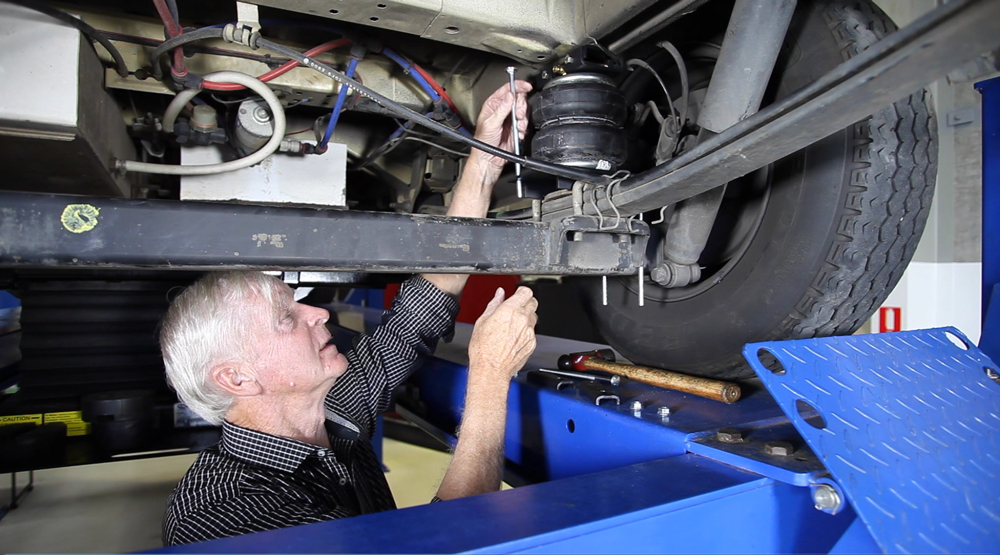 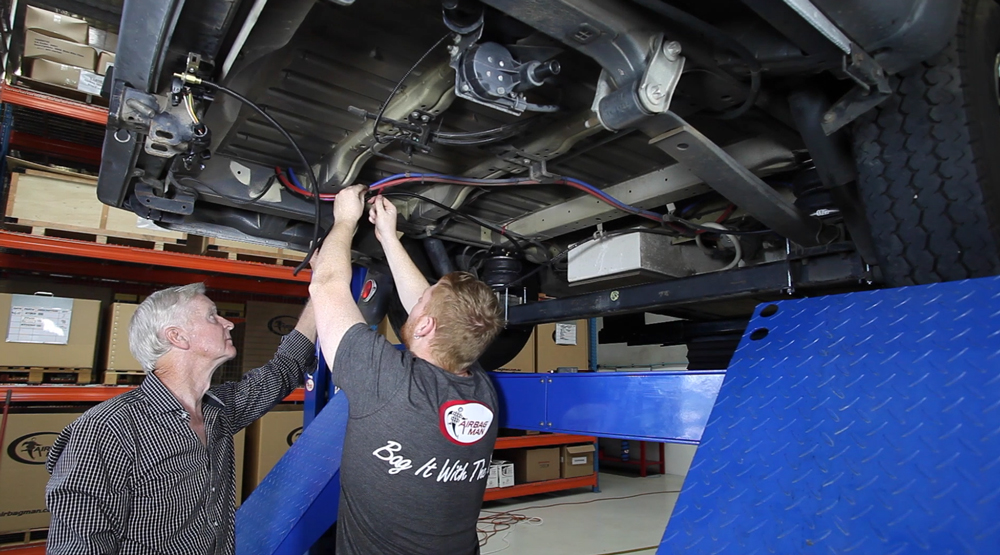 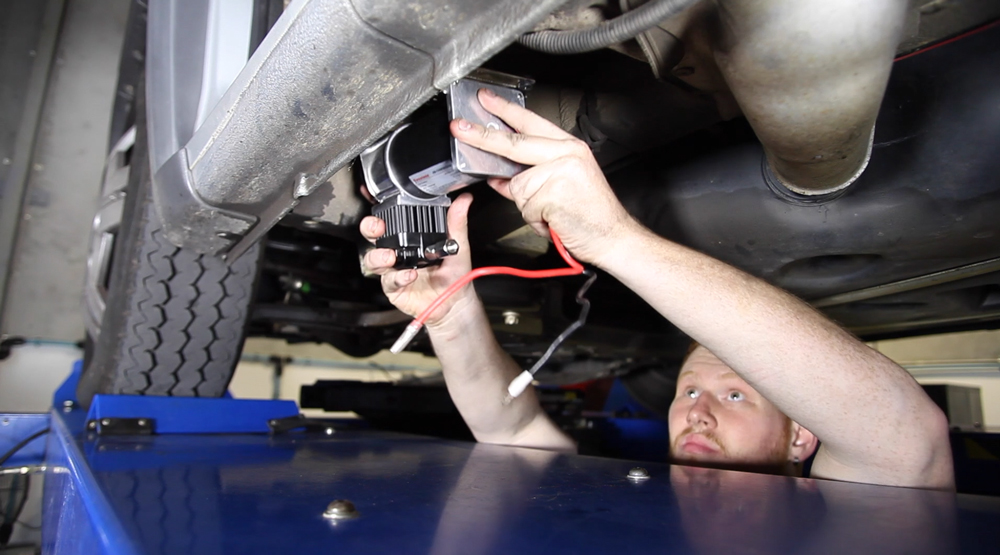 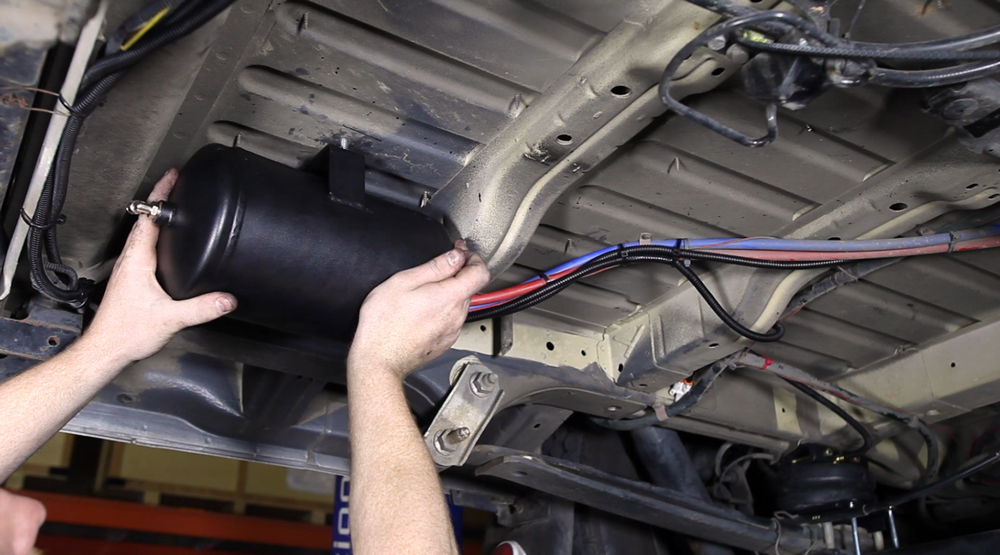 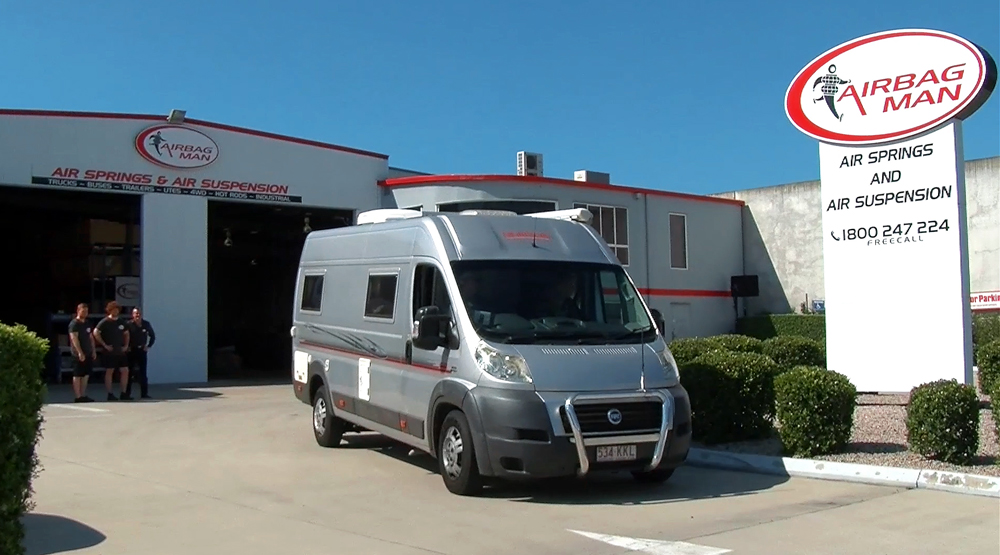 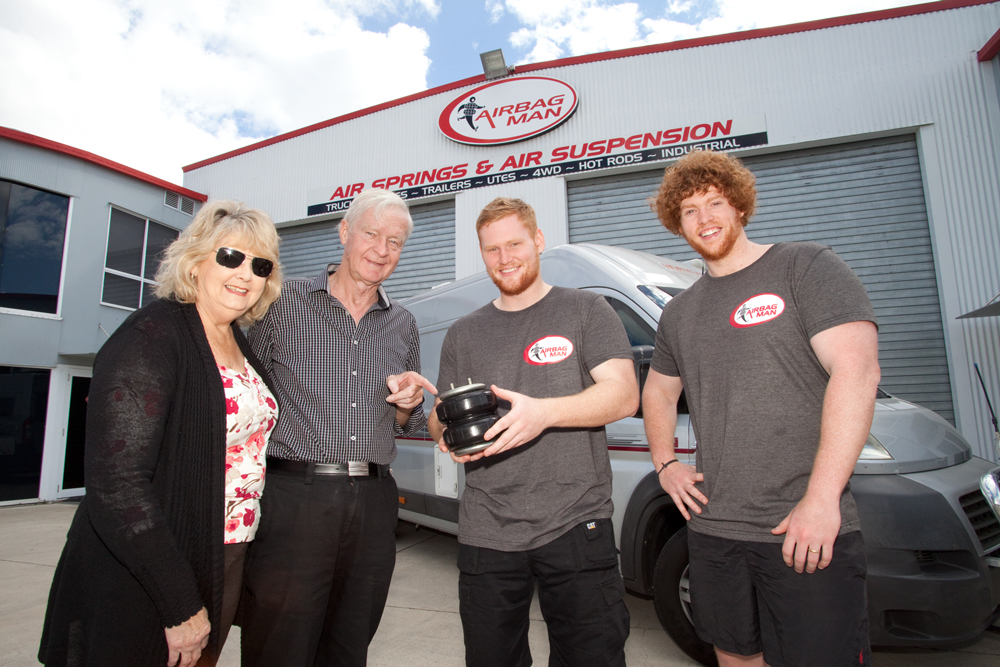 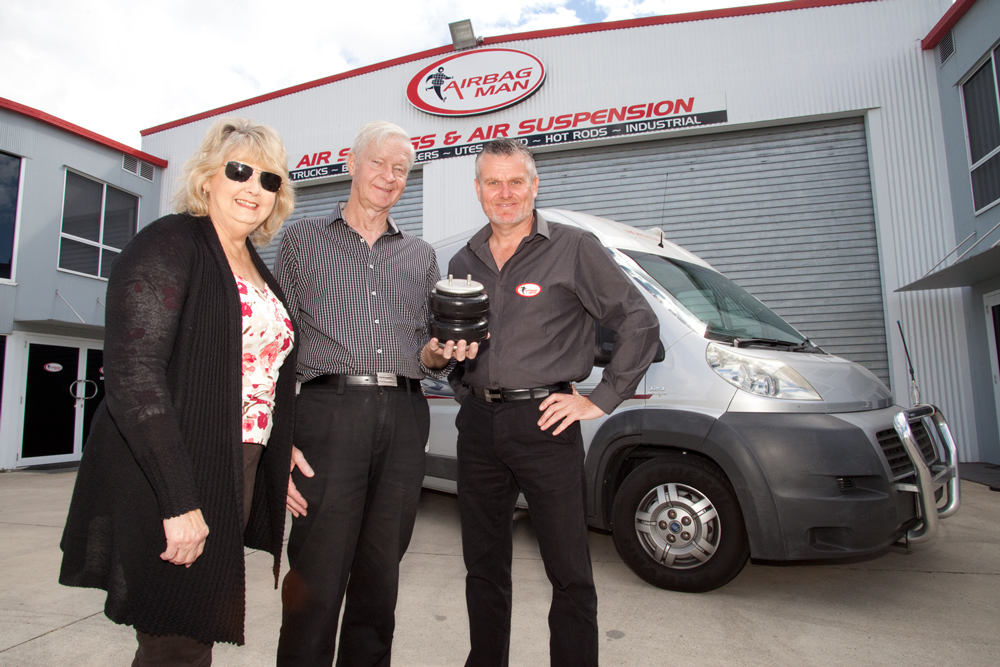 Photos: Mal back at his home ready to give the airbags a test & seeing if he can clear his drive way without any scraping. 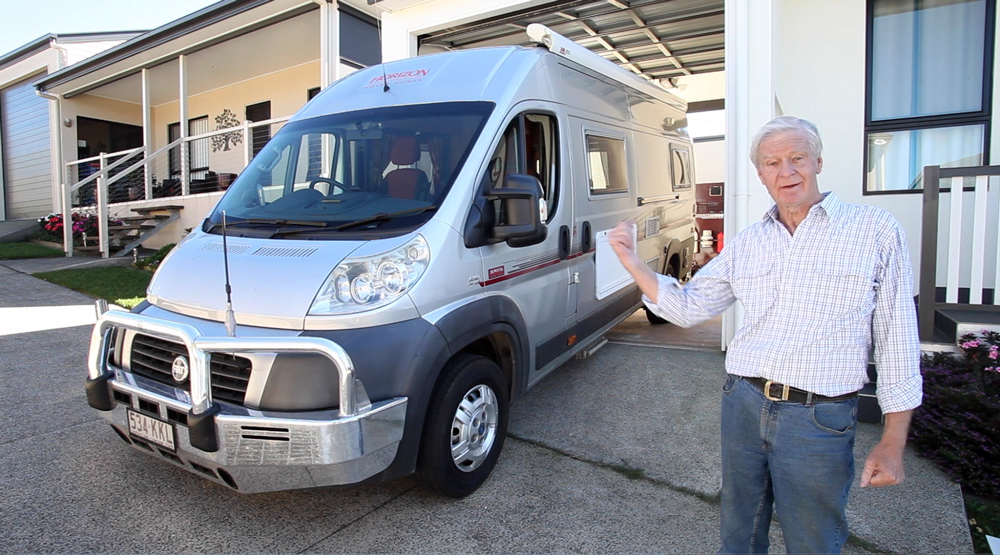 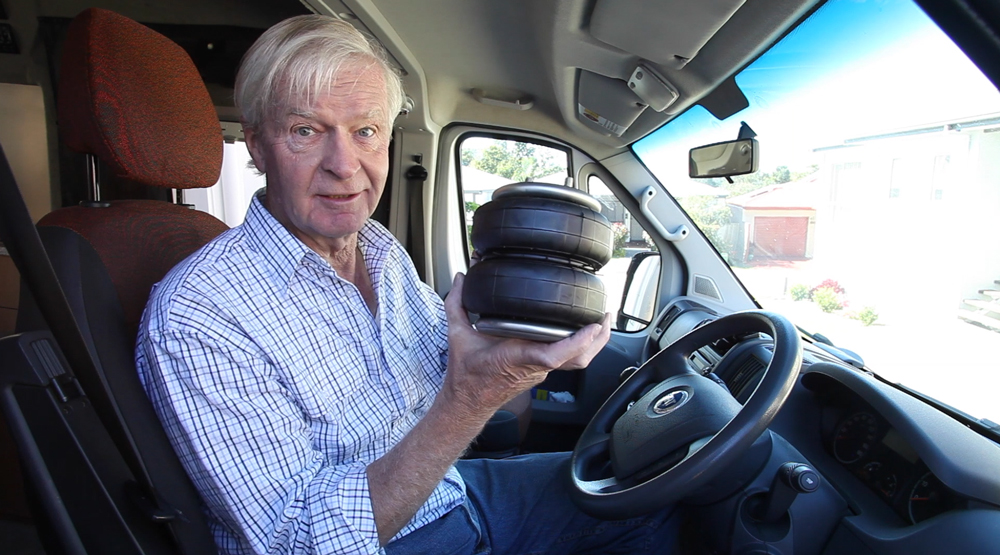 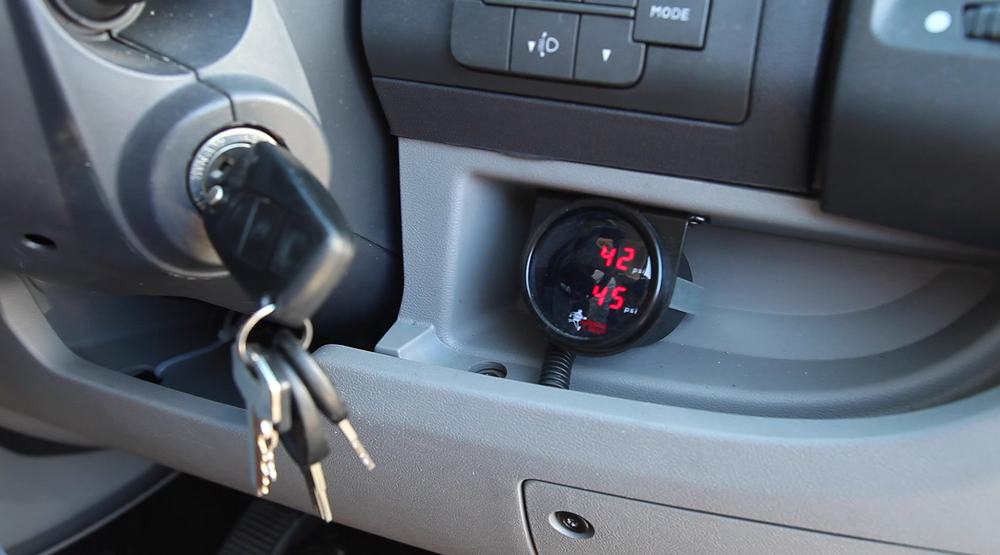 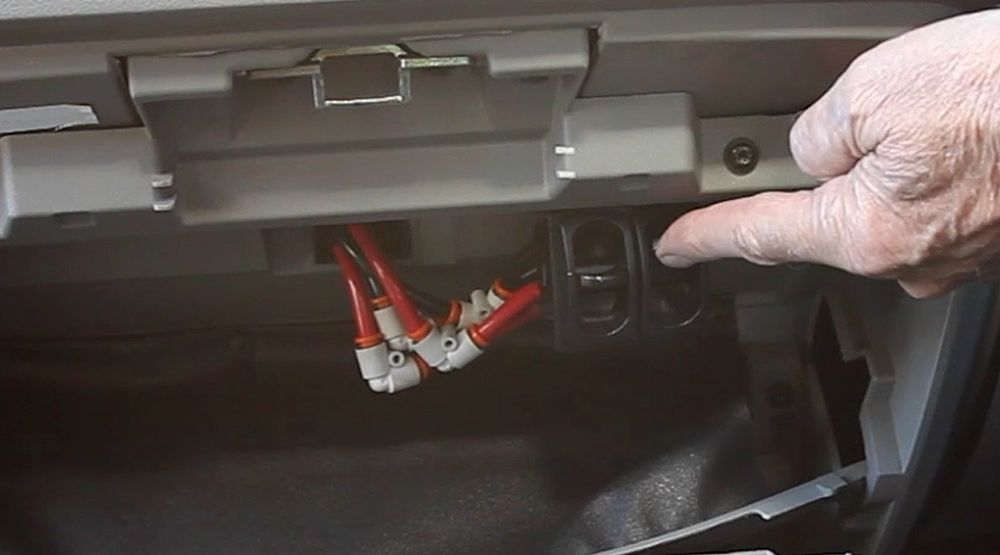 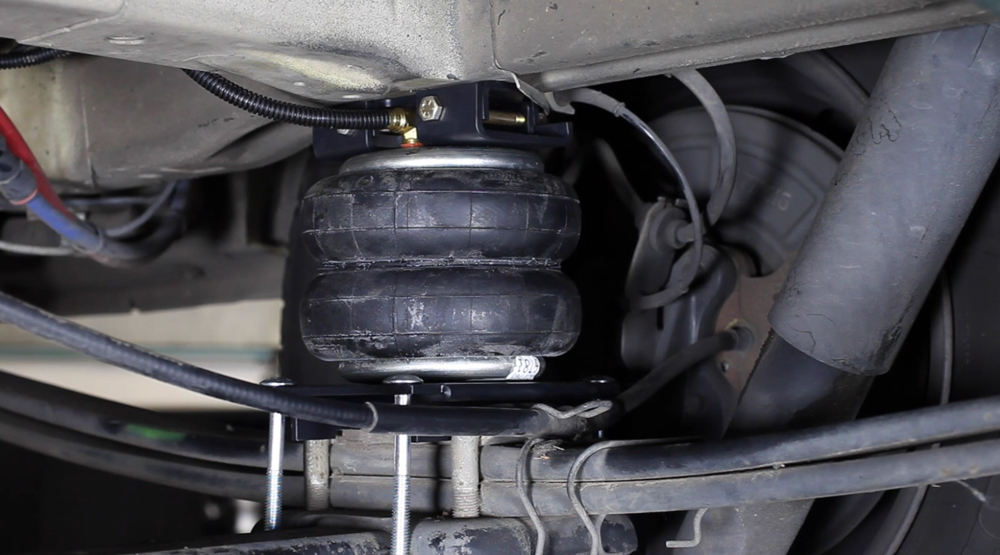 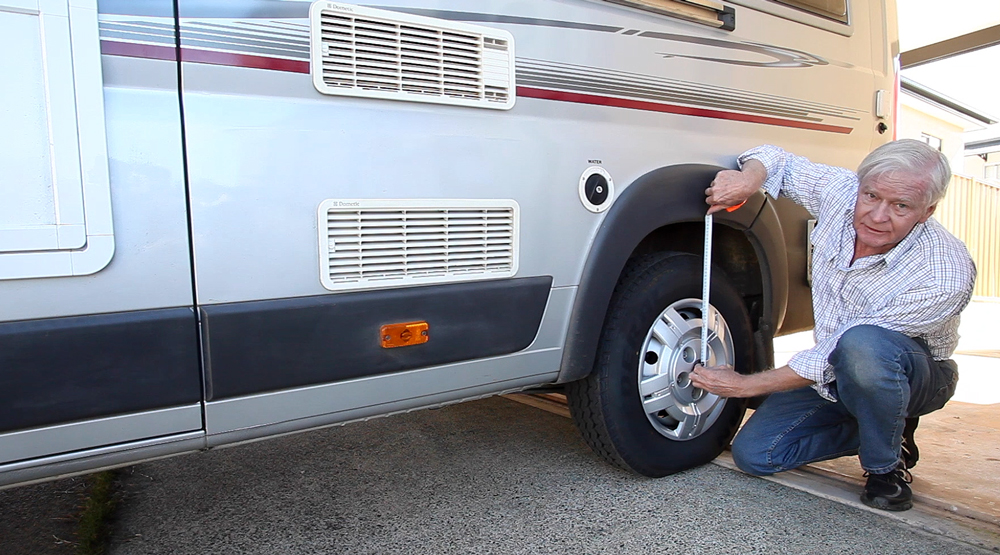 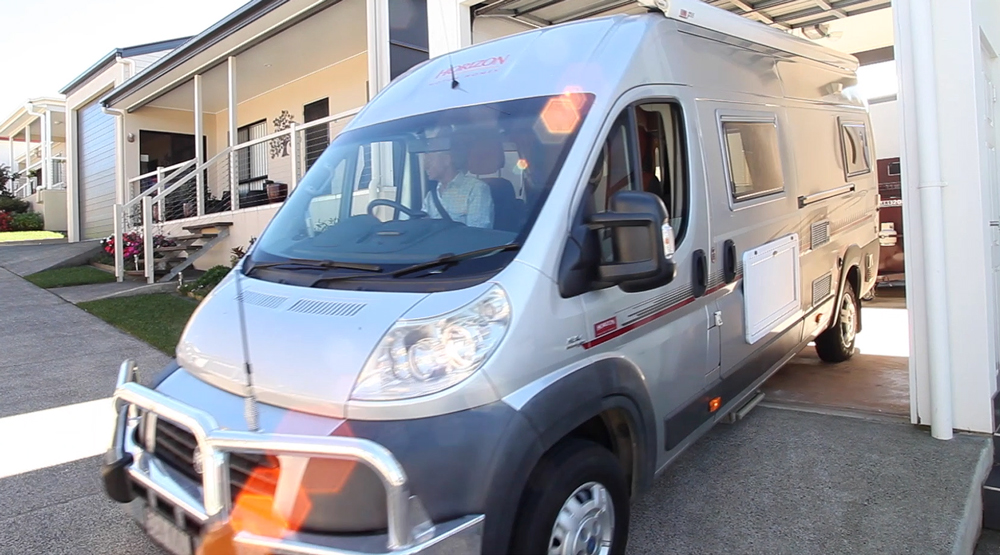 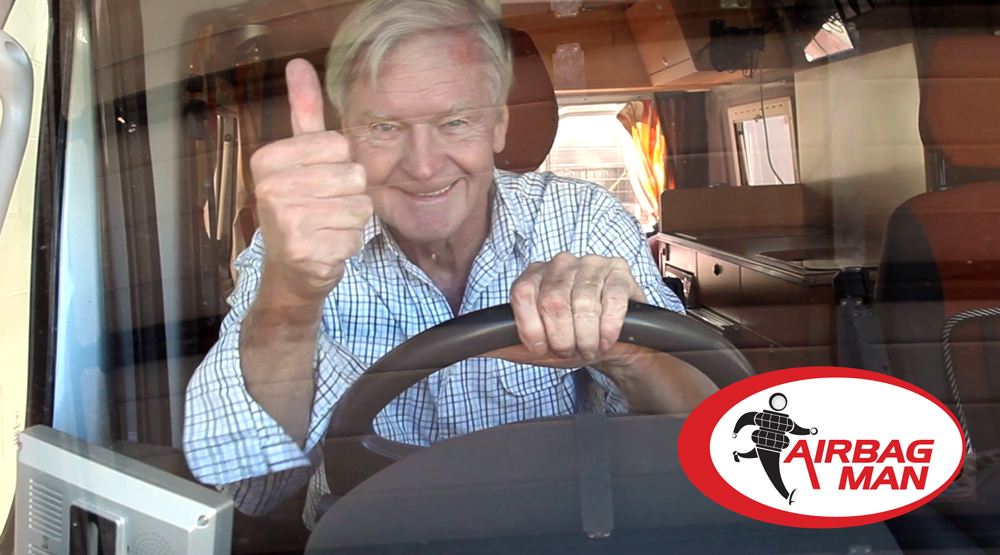 Jacob Clamp (Airbag Man) said, "with the time spent getting to know Mal & Laraine, having a laugh as well as sorting out a few of their saggy issues ;), it has truly been an honour & what absolute down to earth Australian Legends they both are. Not only have we gained a good friend from all of this but most importantly we have a pure and utter legend supporting what we do as a company & our products in which Richard Clamp the owner started from the ground up over 20 years ago & now has an amazing team who can keep the product development going for many many years to come. 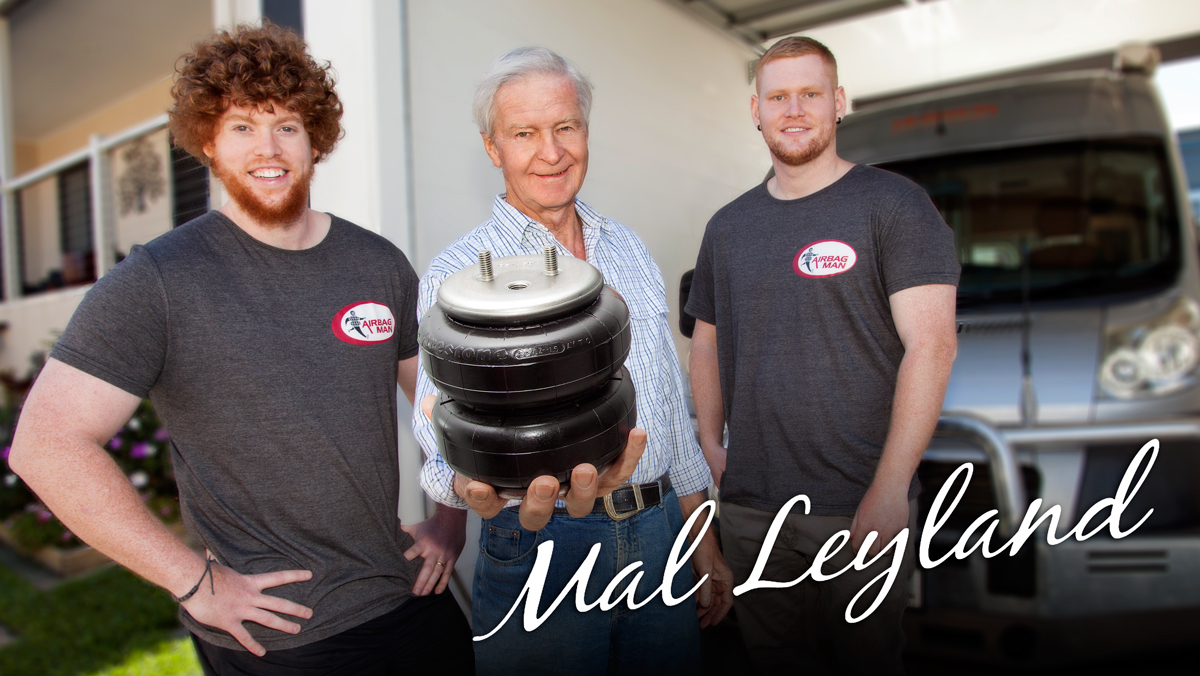 Mal "I highly recommend Airbag Man Suspension, once i had them installed to my motorhome i was able to raise the rear end up to prevent tail scraping when driving into my drive way, "BRILLIANT!" 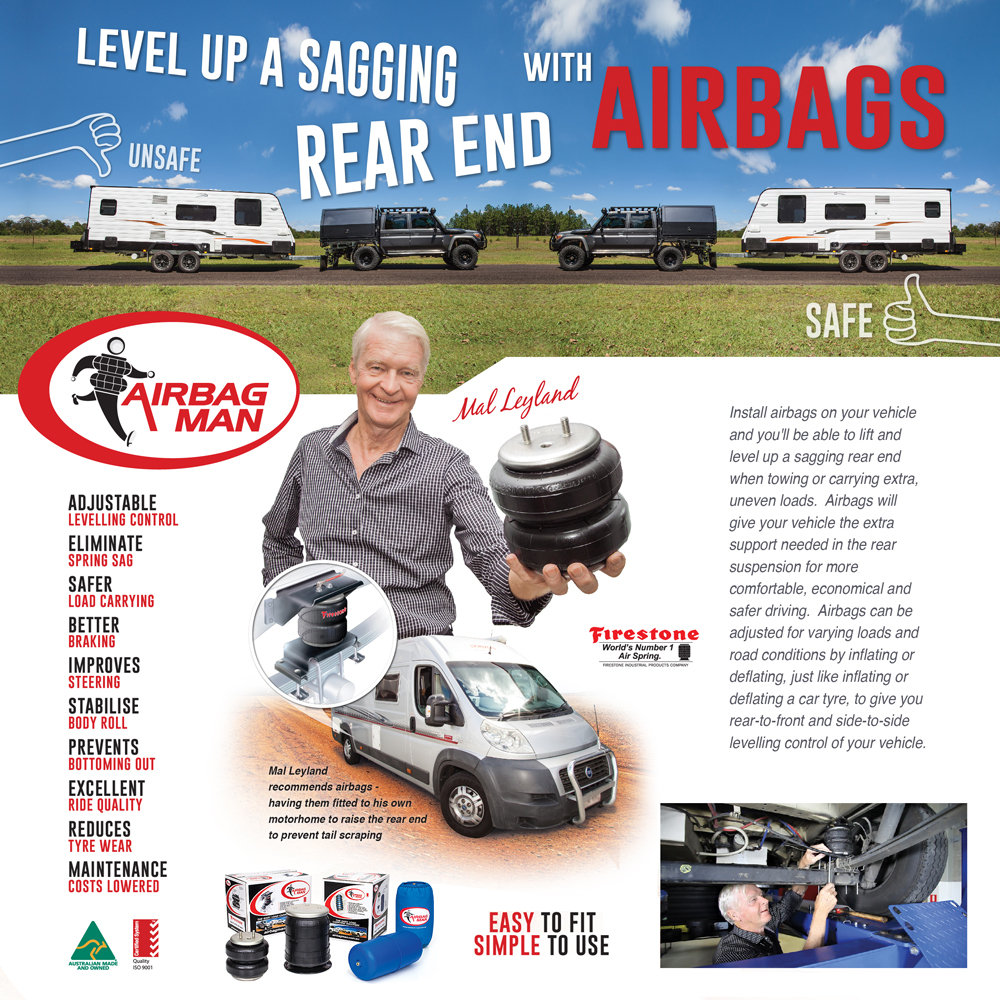 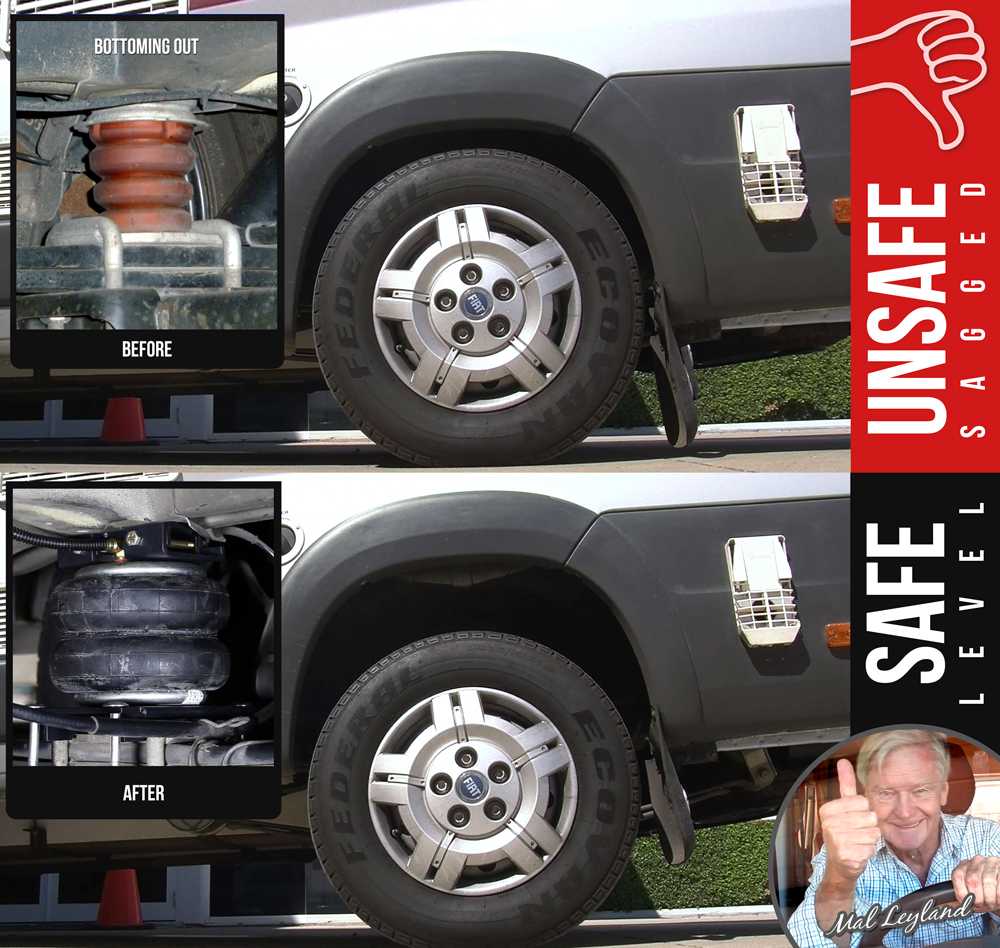 Mal, describes their Horizon Motorhome as very comfortable, with room for everything they need & definitely no more tail scraping driving in & out of his driveway. After owning a Kombi they describe their Horizon as a, ‘Kombi on steroids.’ They’re enjoying the freedom to move the whole vehicle with ease, backing it and parking anywhere and are looking forward to taking it on more adventures.

Stay tuned for more Mal & Laraine adventure’s & for a good read, go check out his new book below ;)

DROPPING IN TO OUR HQ?
TO AVOID DISAPPOINTMENT, PLEASE MAKE AN APPOINTMENT VIA CONTACT US PAGE. COVID-19 PRACTICES IN PLACE.

Airbag Man Brisbane is strictly a Corporate Research & Development Facility Only, if you are looking for supply & or install for your vehicle or application please fill out the form & one of our Friendly Airbag Man Team Members will assist you further.